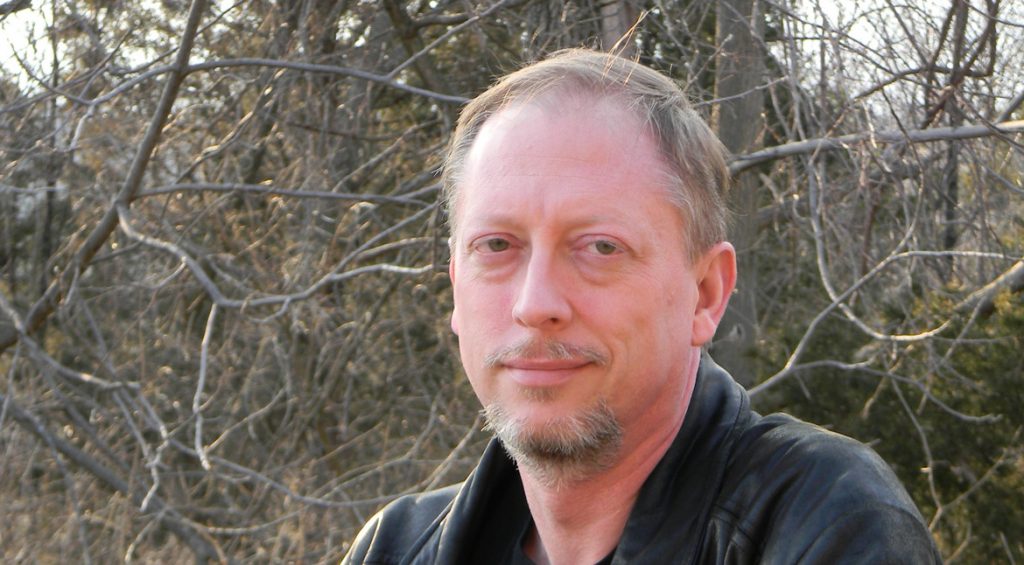 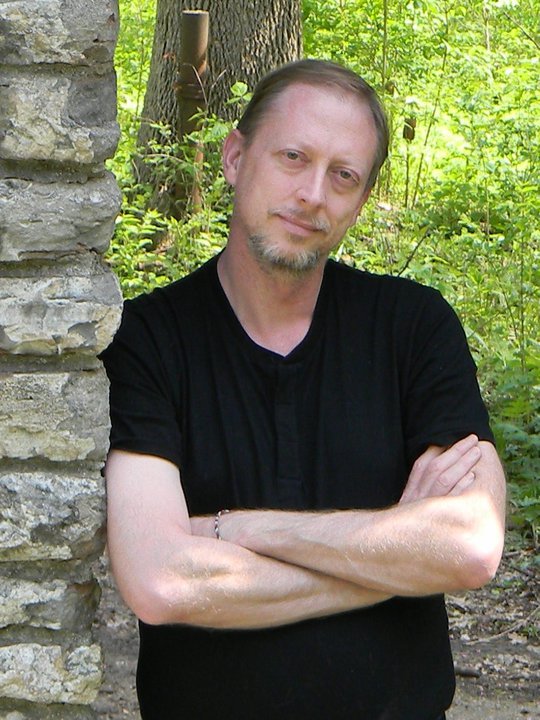 This article by TIM WAGGONER originally appeared in “Writing Popular Fiction” in 2005 and is use here with his permission.

Work for hire. In the publishing community, the phrase conjures images of laborers toiling in someone else’s field, earning very little pay for their efforts and even less recognition. But while perhaps very few would-be authors start out dreaming of the day they can say, “That’s right, I wrote a book based on Buffy the Vampire Slayer,” there are numerous reasons why writing work-for-hire novels isn’t only something not to be ashamed of, it can be a pretty smart career move, too.

First, a definition or two. Work for hire means that you are contracted by a publisher – usually on the basis of an outline and sample chapters – to write a novel using pre-established characters and settings. These projects are often called “tie-in” work or “media-related” novels because they relate to an existing product, such as a roleplaying game, TV show, movie, or comic book. For example, Star Trek, Dungeon and Dragons, and the afformentioned Buffy. Authors receive advances and royalties on these projects, though the creators of the original properties – often movie and TV production companies – own the copyright to the finished work.

The reason work-for-hire projects are sometimes looked down upon in the publishing industry is that they’re perceived as “pre-fab” creations. After all, if the characters and settings already exist, what much work does the writer have to do? Another reason is since the writer doesn’t retain rights to the book once it’s finished, work-for-hire is seen as exploiting authors. Bottom line: some believe that work-for-hire projects are simplistic hackwork fit only for writers who can’t cut it with their own original material. Of course, such attitudes often come from editors and writers who’ve never been involved with tie-in novels. I’ve written ten novels, and of these four are original and six are media-related tie-ins. And while not every book may be equally near and dear to my heart, I consider each to be one of my novels, and I’m proud of them all.

Of course, as with anything there are dangers and potential pitfalls with writing tie-in novels, but there are many more (often overlooked) benefits as well.

It’s fun to work with a set of given elements

Creatively, I think it’s fun and challenging to work with a set of given elements – kind of like directing a play or writing a script for a TV series. It may, in a sense, be more like collage than painting, innovation rather than invention, but it’s still a lot of fun.

Michael A. Stackpole, award-winning game designer and author of A Secret Atlas, as well as novels based on Stars Wars, Battletech, and other media-related properties, agrees. “Working in another person’s universe, no matter the source, can be a lot of fun. If it isn’t, the writer shouldn’t take the job. I reject the notion that it’s creatively limiting, and think the writers who claim it is either haven’t done that sort of work before, or are certainly not suited to doing it. Face it, every writer is limited by the constraints of the world in which he writes, be it the real world or a world he’s created.”

“I do think it’s easier, within certain parameters,” says Christopher Golden, bestselling author of such novels as The Ferryman and Strangewood, along with books and comic books related to the TV series Buffy the Vampire Slayer and Angel. “That said, I don’t think it’s easy for everyone. I know a lot of excellent writers who would have a difficult time constructing a story within the guidelines of someone else’s world. I’ve also seen a lot of tie-in novels that are absolutely godawful, which would seem to indicate that maybe some writers think it’s a lot easier than it actually is.”

“There is no doubt that tie-in work can be a challenge that makes a writer better,” says Stackpole. “Think of it this way: writing is like learning to play golf. If you only play on one course, you’ll get good at playing that course. It’s only when you head out to play others that you’re going to have to hone skills that might not have been needed before.”

“It takes work to come up with something original when you’re dealing with characters or situations that have appeared in several seasons of television or a series of films or hundreds of comic books,” advises Golden. “It requires focus to examine the relationships and the foundations that exist within the property. Those efforts pay off when writing your own work because it’s impossible not to look at your own efforts with greater scrutiny. Again, if you’re taking it seriously, writing tie-ins can be a real opportunity to stretch. As long as it’s a property you’re passionate about, it can take you into genres and worlds and situations you wouldn’t otherwise have even considered working in.”

“There is a myth that there is no crossover, but it’s a myth,” says Stackpole. “I’ve spoken with other authors who have seen the readers following them, and I’ve got years of royalty figures to prove it. Readers are readers and if they are inclined to read outside their tie-in universe, they will follow authors they like. The crossover might be modest. I’m pulling about 2% of my Star Wars readers which doesn’t sound like much, but having an extra 15,000 readers coming over to my original stuff doesn’t hurt at all.”

“Some folks forget that the extensive sales of tie-in books are tied to the property, not necessarily the author,” warns Stackpole. “Tie-in books can sell anywhere from four to twenty times what a beginning author could expect for sales on an independent novel. Any writer who believes these expanded sales are because of him is going to get a rude awakening when his own work does not do as well.”

A writer also has to keep in mind that the audience has certain expectations.

“Tie-in readers are very loyal to their property and to those who give them pleasure when they work in that universe,” says Stackpole. “I keep in mind that I’m writing for the reader who is wearing Star Wars pjs, sleeping on Star Wars sheets, beneath Star Wars models, in a room with Star Wars posters all over the walls, and with the Star Wars soundtracks playing. If I can’t show that reader that I know and love the Star Wars universe as much as he does, he’ll hate the book. He won’t blame the publisher or Lucasfilm for the book’s failure to satisfy him, he’ll blame me, and he’ll never buy another book of mine.”

“If a writer is to be worthy of his hire, he has to go all out on these books,” adds Stackpole. “Failure to do so is just cutting off your nose to spite your face. If you’re not going to do the full job, don’t take the contract.”

As with writing nonfiction articles, the proposal/query stage allows the writer to collaborate with editors to shape the project into something the editor wants. I enjoy this collaborative process and find it creatively stimulating rather than stifling – so far, anyway.

“Tie-in novels go through an additional layer of editorial feedback, the complexity of which depends on how the property holder deals with things,” says Stackpole.” If they maintain a continuity across all products, they can pick nits with the best of them. With my Star Wars novels I ended up footnoting the books to help with the continuity checking, which made the approval process very easy.

“On the whole, the approval process has not been onerous in my experience. There have been a couple times when some story questions have clearly come in from someone in the legal department, or an intern, or someone else trying to be helpful. By and large the editors at the publisher and the property holder will let you explain why certain changes should not be made, or will let you figure out another way to get certain effects, allowing the project to be as good as possible.”

How to find tie-in work

Thinking that work-for-hire novels might be something you’d like to try? Like most things in life, finding such projects is easier said than done. First off, it’s difficult for a new unknown to land such gigs for the same simple reason that a hospital isn’t going to hire a pre-med student to work as a surgeon: experience and training matter. Editors of work-for-hire projects usually are looking for writers who, if not necessarily well established, have published before and know what they’re doing. So before you do anything else, make sure you’re writing at a professional level and have (hopefully) published at least some short fiction, if not already a novel or two.

The best place to start hunting for work-for-hire projects is to identify already established and ongoing series, visit their publishers’ websites, and carefully read their writers’ guidelines. As all good guidelines, they’ll tell you what editors are currently looking for, how best to contact them, and what sort of sample materials they might wish to see. (A list of such publishers and their websites accompanies this article.)

Also check out local writers’ conferences and see if editors who might be handling work-for-hire projects will be in attendance. Larger conferences, such as Worldcon, World Fantasy Convention, and GenCon often feature panels and workshops conducted by editors of work-for-hire projects. Attend these panels, listen attentively and learn, then afterward don’t be shy about introducing yourself to an editor and asking if he or she is looking for new writers to work with. Who knows? You might wrangle yourself an invitation to submit a proposal.

Publishers sometimes have special contests or open calls for proposal for work-for-hire projects. Pocket Books, White Wolf, and Wizards of the Coast all have done this sort of thing in the past and will likely do so again. Keep checking those websites for updates!

I’ll let Margaret Weis, author of the Dragonvarld trilogy and co-author of the best-selling Dragonlance Chronicles, have the last word. “Work for hire can be fun and rewarding. It led me to the New York Times Bestseller list, brought me success, fame, fans, and friends!”

And maybe it will for you, too.

Here are the web address of some publishers that use writers for work-for-hire projects:

Wizards of the Coast

Here are the home pages of author who helped contribute to this article. Many of them have articles of their own related to doing work-for-hire and tie-in projects on their sites, along with all sorts of other fun and useful information. Tell `em Tim sent you!