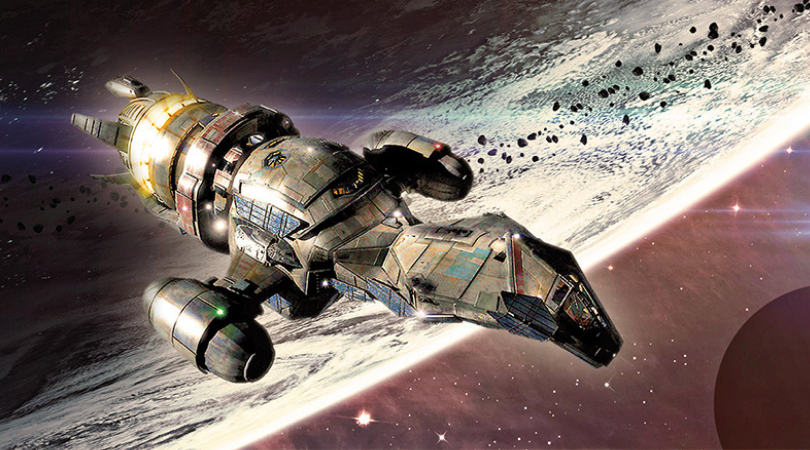 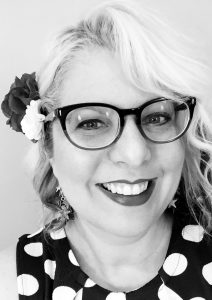 MONICA VALENTINELLI: Alan Dean Foster’s Splinter of the Mind’s Eye for Star Wars. I remember being so excited to read a story before Empire Strikes Back came out, and that was just the beginning.

Did you ever write fan fiction?

My first gig was working on a card game for the Hack/Slash comic. That introduced me to the ins and outs of licensing, and I was able to learn more about how the back end worked. I had also written some guest blogs for Sony’s Crackle.com about Robotech, Coppola’s Dracula, etc. I’d kept looking for gigs after that, but my media/tie-in portfolio didn’t start taking off until I started working on Firefly. 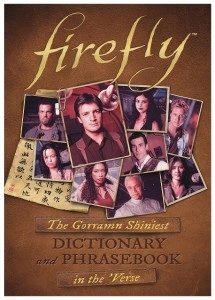 Firefly has been an interesting property to work on, because the original media it’s based on only airs in re-runs. A lot of the work I’ve done was based on analyzing the scripts to create a setting bible while sensitively building the setting beyond its roots. The line of tabletop releases I developed used the show as a foundation; following this I also wrote a dictionary based on the scripts. Then, following that, I wrote the Firefly Encyclopedia which will be out this Fall. During this time, Firefly has had a renaissance with two new lines of comics and novels as well.

When I work on these types of projects, I usually start out by asking what the boundaries are regarding the risks I can take. Most of the time I’m working on worldbuilding to flesh out areas of the setting that need to be filled in, but occasionally I take a problematic element out of a narrative to make it fit for a game or reference point. When I was working on the game for Brandon Sanderon’s Mistborn, for example, I had to write about a servant race present in the books, but playable for characters. Stories tend to be easier, because I find the narrative offers more flexibility to offer characterization and context. 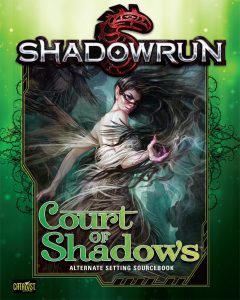 I was given free rein to develop a setting for Shadowrun that expands into the lands of the fae, called Court of Shadows. The book ties into the Shadowrun tarot and the tabletop game to establish the potential for lots and lots of stories. I was excited to work on the project because I was given creative freedom from the start, and I feel that showed in the result.

I haven’t worked on anything that was outside of my normal style, because I pursue opportunities that I’m interested and passionate about. I’ve learned the hard way that I can’t fake enthusiasm, and my writing is best when I’m excited about a property.

I’m in the pitch phase for new projects, but nothing’s been nailed down yet.

Fans are always very passionate and devoted to what they love, and I’ve found that they’re appreciative knowing that I’ll take what they love seriously. Though it’s my job to fulfill the needs of the property and the business aspects, if it weren’t for the fans I wouldn’t have a job.

My business model is to be a hybrid writer, so I write non-fiction, comics, fiction, games, etc. Since I write full-time and publishing works at varying speeds, I’m always planning for the next project (or three) to make sure I’ve got something else in the hopper.

Ahhhhhh! Writing media tie-in stories is so much fun! When I work on games, often I’m creating hooks for multiple stories; reference material tends to be more about the nuts and bolts than narrative, too. With stories, I’m zeroing in on a specific plot I devise to highlight my vision for the property I’m working on. That’s incredibly fulfilling! 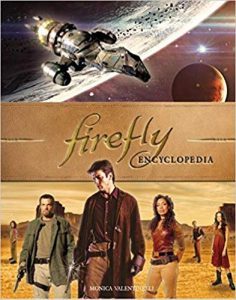 That’s easy. Hellboy and Star Wars. It’d be great to give back to two properties that have given me so much joy. My wish list expands if I can bend the worldbuilding rules. For example, I’d love to write a Supernatural story that’s about two sisters as opposed to Sam and Dean; I’d also be keen on writing a Firefly novel as that’s been my wheelhouse for a long time.

Where to find Monica online: