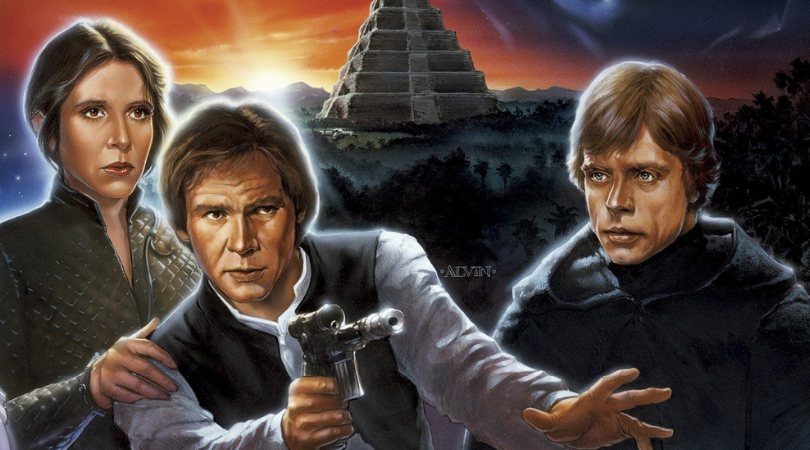 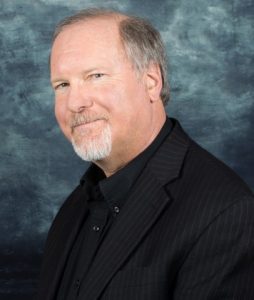 KEVIN J. ANDERSON: It was the James Blish Star Trek books in 7th grade, and then the Alan Dean Foster Star Trek Logs, and not long after that I got David Gerrold’s novelization for Battle for the Planet of the Apes—which David regularly derides on panels, claiming he knocked it out in three days…but when I read the book, I loved it.

How could you not? So, did you ever write fan fiction?

In high school, I wrote about fifty of my own Star Trek episodes in spiral notebooks, and I even wrote to Paramount asking for permission to publish them, got a polite letter back saying “Ummm, no.” 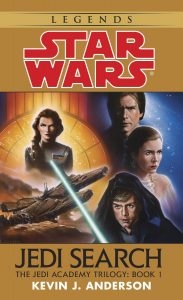 I wasn’t angling for it at all. I was writing my own novels, publishing them, getting “critical acclaim” and—most importantly—turning in my manuscripts on time, being reliable and easy to work with. That counts for a lot.  My Bantam editor called me out of the blue and asked if I wanted to write three sequels to Star Wars. At the time, Timothy Zahn’s first SW novel had come out, but there was nothing else, so this was a complete surprise. I jumped at it, of course.

I really worked closely with Lucasfilm, went to Skywalker Ranch many times, got lots of work out of it, from novels to anthologies to comics to YA books to pop-up books.  That led to my work with the X-Files because apparently Chris Carter (creator of X-Files) read and liked my Star Wars novels.  And that led to other movie novelizations and many other gigs.

A lot of times you’re not allowed, but with Lucasfilm they let me do a lot of things so long as I justified it. I killed off one of the characters from Return of the Jedi, Crix Madine, I launched a whole new Jedi order, developed many spinoff characters. In X-Files, Chris Carter told me something cool, “You have an unlimited special effects budget in the novels. Do things we could never possibly do on the show.”  So I did.

Very cool.  Of the media tie-in work you’ve done, what are you most proud of? 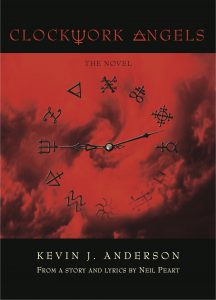 A lot of the lines are blurred, so it’s not even really clear what a “media tie-in” work is.  All the Dune novels I wrote with Brian Herbert? Yes, based on an existing universe, but it was just the two of us and we had complete freedom.  My absolute favorites, though, are Clockwork Angels and Clockwork Lives, steampunk fantasy adventures written with Neil Peart, the drummer and lyricist from Rush, based on the world and storyline from their last album.  That is some of my absolute best writing, and knowing it was based on Rush lyrics made me pull out depth and talent that I had not previously managed. 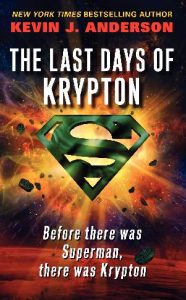 I wrote two novels for DC, The Last Days of Krypton and Enemies and Allies.  Diving into the Batman and Superman universes that were so important to my childhood was incredible and treating them as in-depth character-driven novels—way deeper than you could do in comics—was a real challenge.

I’m writing a giant original epic fantasy, Spine of the Dragon, just delivered to Tor (and there will be at least two more books in that series), and with my own publishing house, WordFire Press, I am releasing a massive four-volume set of my collected short fiction, and a brand new collection of Dan Shamble, Zombie P.I.stories (he’s one of my most popular characters). And I have a lot of movie/TV interest going on right now, which is all hope and hot air, but maybe… 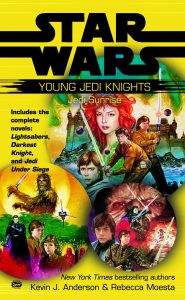 I am very active in the fan communities and on social media. When I first started doing tie-ins in the 1990s, the whole online interaction was new and exciting, and it was also the first appearance of the hordes of malicious trolls (boy, was that fun!). I do a lot of signings, a lot of conventions and comic cons. The Star Wars fans have been particularly wonderful, often showing up in full costume at my appearances.  I, of course, am a big fanboy myself, so I fit right in. 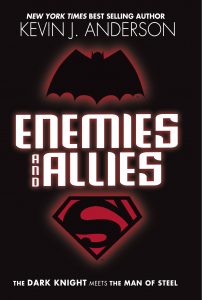 I’m in the airport heading for DragonCon as I write this, and I just appeared at Michigan Comic Con and Tampa Bay Comic Con. I have a comic con in Grand Junction, CO in October, and an appearance in Czech Republic in November. I do a lot of these. In 2016 I made twenty con appearances, now I do five to seven a year, in addition to writing conferences, classes, and speaking gigs. I still try to find time to get SOME writing done!

Even in the height of my media tie-in work, I always managed to write one or two original novels per year. I’m still very open to doing more tie-in work, but with the collapse of mass-market paperbacks, there are fewer opportunities. It used to be that almost every new movie had a tie-in novelization, but not so much anymore. I have a full-time job as publisher of WordFire Press releasing four to five titles a month, and I’m a professor at Western State Colorado University as the Director of their Publishing MA/MFA. I run the Superstars Writing Seminar each February in Colorado Springs, and I have four books currently under contract from traditional publishers, as well as some film/TV and comics work. Sometimes it feels like treading water in a whirlwind…but I wouldn’t have it any other way. 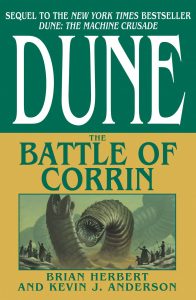 You get to be a professional fanboy. I have never worked on a property that I didn’t really love as a fan.

I’ve already done most of my bucket-list properties (Star Wars, Dune, Batman, Superman, X-Files, Star Trek). I might like to write in Classic Trek because I grew up on that…maybe recycle some of those old spiral-notebook ideas from when I was in high school!

Where to find Kevin online: