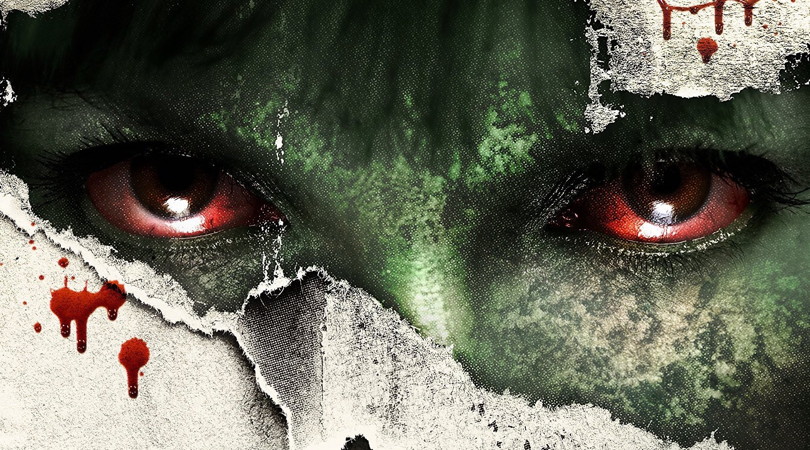 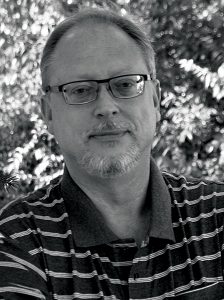 TIM WAGGONER: Dark Shadows comics and paperback books. When I was a kid, I loved Dark Shadows, and I was thrilled to discover there were more stories about my favorite characters. Later I began reading novelizations of movies by writers like Alan Dean Foster, and I loved it when the authors would add material that wasn’t in the film and when they got into the heads of the characters in a way visual media couldn’t. It added a different dimension to my experience of movies, especially back in the days before you could buy and watch films on video any time you wanted. 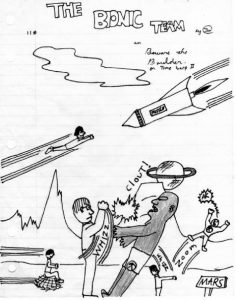 When I was in sixth grade, The Six Million Dollar Man was popular on TV, and I started writing and drawing a comic book featuring my friends and me as superheroes called The Bionic Team, which was inspired by the series. I continued the comic into my senior year in high school, and sometimes I’d have the Bionic Team meet my favorite superheroes or movie characters. I originally started the comic because I wanted to be an artist, but my friends would tease me about how bad the artwork was and praise my storytelling. At first that frustrated me, but eventually I accepted my lot and gave up art for writing. I think I made a good move! 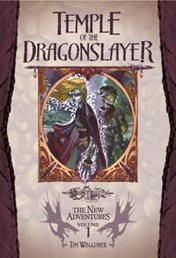 What was your first media tie-in gig?

My first tie-in novel was Dragonlance: The New Adventures – Temple of the Dragonslayer.

Nice. How’d you get the job?

I’d submitted queries to Wizards of the Coast’s fiction line for a couple years without any response. I’d decided that approach wasn’t getting me anywhere, so I called WotC, explained my situation, and asked to speak with their fiction editor. Editor Peter Athans was kind enough to speak with me, and we spoke about various projects I might do for them. Peter asked if I’d had any experience writing young adult fiction, and I had, so he asked if I’d be interested in developing a series of young adult novels set in the Dragonlance game world.

And, you said yes…

I said yes, please. And got the gig. I came up with the basic premise for the series and wrote volumes one and four. (By the way, calling editors like this only works when you’re already a published novelist.)

How was your experience working with your first license?

Writing Dragonlance: The New Adventures was a great experience! I’d read the original Dragonlance trilogy by Margaret Weis and Tracy Hickman when it first came out, so it was wonderful to be part of that world. Even better was when I got to talk to Margaret about my books and she told me how much she enjoyed them! I was able to create everything for the series: the characters, the basic storyline and conflicts, etc. I had a great deal of creative freedom—something that doesn’t always happen with tie-in projects!

I suppose bringing my own take to various media properties and exploring undeveloped corners of their worlds. You never know how licensors will react to what you write, and even though the licensor must approve an outline for a tie-in project, you don’t know how they’ll respond to the actual text once it’s completed. For example, I’ve written three movie novelizations.

And how was that different from original novels set in a licensed world?

Well, you don’t have to do an outline for these since the script itself is the outline. For one novel, I added a great deal of material, and the studio let me keep it all. For another, the studio had me remove everything I’d added. For another, I was able to combine two earlier versions of the script as well as the final film into a single story, and I was able to add several original scenes, and the studio was cool with all of it. I always try to give extra added value to my tie-in projects, but I know that doing so is always a risk and I might have to delete such material in the end. But since that’s the sort of material I’ve always loved about tie-ins, it’s important to me to try to get it in there. 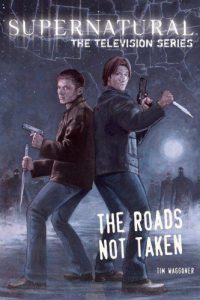 Supernatural: The Roads Not Traveled. The projects was designed to be an interactive novel, where readers would be presented with two choices at key points in the narrative, and then follow the story track they chose.

And were these the standard interactive novel format?

The editors wanted me to write three separate stories, but I thought it would be more effective to write those stories as parts of an overall narrative, and instead of the interactive aspect simply being a gimmick, I made it part of the story. Sam and Dean were actually experiencing various alternative events. And I got to create “bad choices” where Sam and Dean met with horrific fates, making me the only writer who’s gotten to kill the Winchester brothers in officially licensed tie-in fiction! 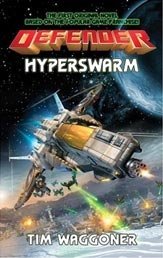 Defender: Hyperswarm. This novel was supposed to be a sequel to the Defender video game, not the original arcade game from the early eighties—which I’d played—but a remake released in 2002.

That’s more strictly science fiction than the previous books. How comfortable was it to switch genres?

I’d read a lot of science fiction growing up, but I’d never written any, so even though it was an adventure-based game, I tried to give it a more serious scientific background. I bought the game, as well as a cheat manual, so I could find out how the game ended. How else could I write a sequel?

Are you an avid gamer?

Actually, I’m not a big game player, so I hooked the game console up to our VCR and recorded the gameplay. I wanted to get a feel for how the game functioned, how the spaceships worked, what they sounded like, etc. I also wanted to capture the interstitial scenes so I could get a sense of the characters and what their voices and speech patterns were like.

Yeah, the whole project was a lot of fun! 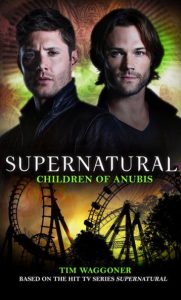 I’m currently finishing up edits on Supernatural: Children of Anubis. After that, I’ll be starting on an Alien novel.

Alien is a hot property. How did that project come to you?

Titan Books has the license to do both Supernatural and Alien, and since I’ve written Supernatural novels and movie novelizations for them, they contacted me to see if I’d be interested in working on an Alien tie-in.

What advice would you give to other writers looking to break into media tie-in work?

People ask me all the time how you get gigs writing tie-ins. The first thing to do is publish original fiction. You need to prove that you can write novels before anything else. After that, you can query publishers about tie-in gigs or ask your agent (if you have one) to look for some. And once you’ve written enough tie-ins, editors start seeking you out. At least, that’s been my experience, and I hope it keeps up like this!

I’ve always had good experiences with fans. Fans often feel a strong sense of intellectual and emotional investment in their favorite media properties, so much so that they can have strong reactions to tie-in projects that don’t match their vision of how they’d write them. These fans can become critical—sometimes quite critical—of such tie-in efforts, and they aren’t shy about letting writers know. But the fans I’ve met at cons or who’ve reached out to me via email or social media have always been kind and supportive. They love to share their enthusiasm for their favorite properties with me, and as an artist, it’s wonderful to connect in such a personal way with your audience.

I’ll be at Imaginarium in Louisville, Kentucky, Oct. 5-7. I’ll be a special guest at Chattacon in Chattanooga, Tennessee, Jan. 25-27. And I’ll be at Stokercon in Grand Rapids, Michigan, May 9-12. 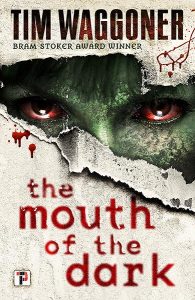 What kind of writing do you do outside of media tie-ins?

My original fiction tends to be in the horror and dark fantasy genres. I’ve loved all things dark and wonderful since I was a child, and when I write fiction that’s where my mind tends to go. My latest horror/dark fantasy novel is The Mouth of the Dark from Flame Tree Press. Sometimes readers of my tie-in fiction try my horror, and they’re surprised to discover it’s harder-edged than they expected. But other readers move between my original work and my tie-in work with no problem. It all depends on people’s reading tastes, and if a tie-in fan doesn’t like my original work, I don’t take it personally. It’s like being a cook. Some people prefer your chili, some your spaghetti, and some like both.

Getting to be involved, even if only in a small way, with properties that I love—some of which I’ve loved for years. I’ve gotten to write tie-in fiction for A Nightmare on Elm Street, X-Files, Doctor Who, Stargate: SG1, Dragonlance, Supernatural, Grimm, Resident Evil, and more. I love being able to experience these characters and worlds from the inside out, and then sharing what I create with other people.

Where to find Tim online: