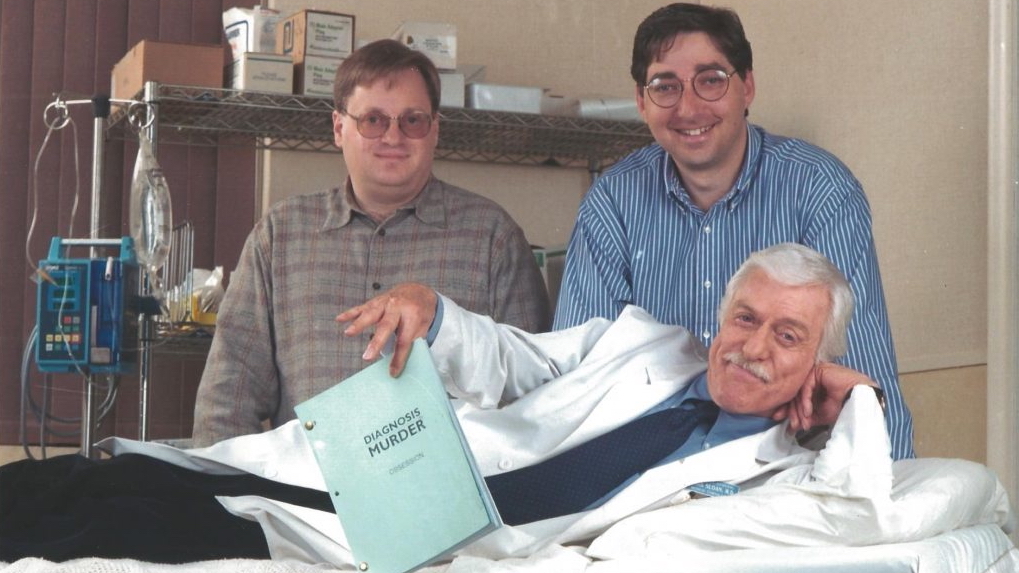 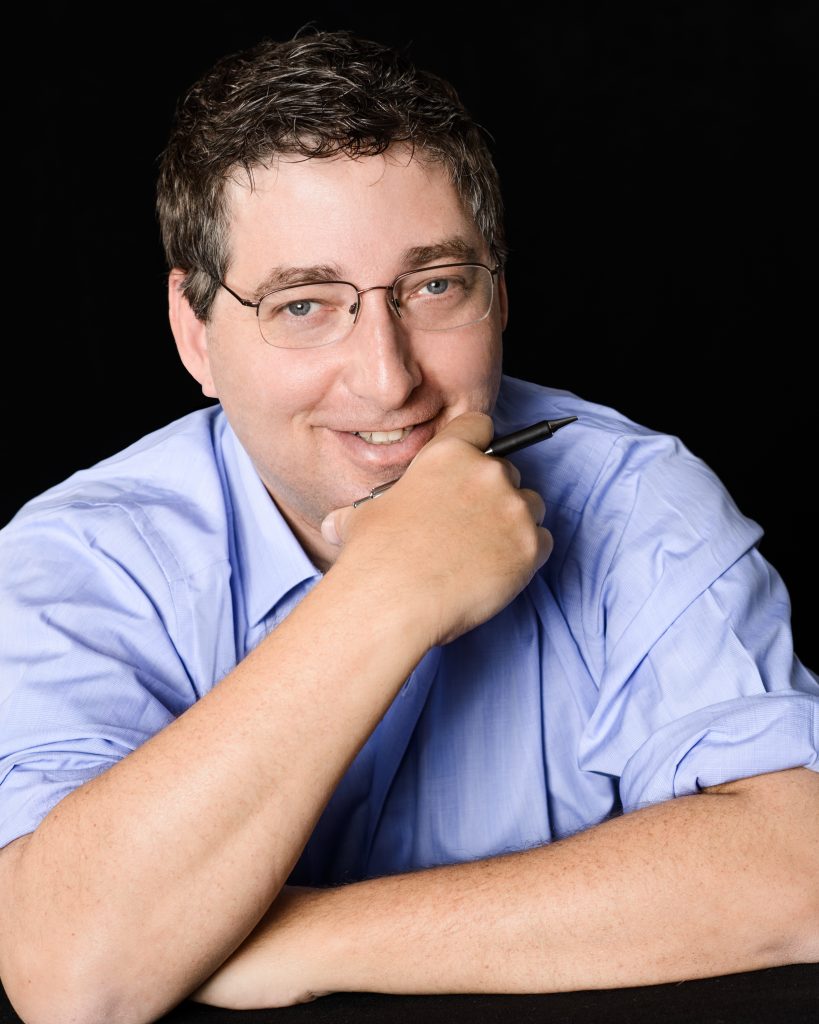 Welcome to TIED IN: The Media Tie-in Blog.

We’re kicking off a series of interviews with writers of Media Tie-in Work, also known as Licensing Work. These are novels, short stories, nonfiction books, comics, and audiobook scripts tied to movies, TV shows, games and other pop culture ‘licenses’.

Our first interview is with Lee Goldberg, co-founder of the International Association of Media Tie-in Writers and a writer with a lot of history.

LEE GOLDBERG: A hardcover HAWAII FIVE-O book from Whitman that was aimed a children. This must have been in the late 1960s, early 70s. Next would be James Blish’s STAR TREK novels.

Did you write fan fiction? Tell us about it.

Yes and no. I wrote some SAINT stories…but that was influenced more by the Leslie Charteris books than the TV show. Nobody ever saw them but me and maybe my Uncle. 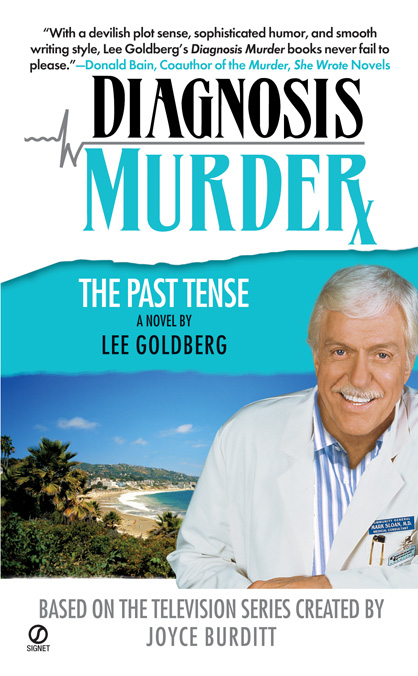 My first tie-in gig was DIAGNOSIS MURDER, which came my way because I was the executive producer/showrunner/principle writer on the TV series (with my TV writing partner William Rabkin, who also ended up writing tie-ins for PSYCH, but that’s another story). Penguin/Putnam was looking to capitalize on the success of their MURDER SHE WROTE tie-in novels by Donald Bain, so naturally their gaze turned to DIAGNOSIS MURDER. Then the editor discovered the showrunner of the TV series was a published author…so he simply offered me a three-book contract out of the blue. I ended up writing eight books in that series…and then 15 in the MONK series (another show I wrote for). All of my tie-in work has been related to TV series I was already working on… I’ve never taken a tie-in gig where I wasn’t already involved in the “original” property.

It was very easy. Coincidentally,  the licensing exec at CBS/Paramount was an old friend of mine…but even if she wasn’t, I made it clear from the get-go to the publisher and CBS/Paramount that as the executive producer and principle writer on the TV series, I was going to do whatever I wanted creatively with the books, just like I did with the show. Nobody ever questioned that 🙂 And Andy Breckman, the creator of MONK, gave me complete creative freedom on the books, too, which was an extraordinary thing for him to do and demonstrated an enormous amount of trust. In fact, two of my books were even adapted into episodes of the show! 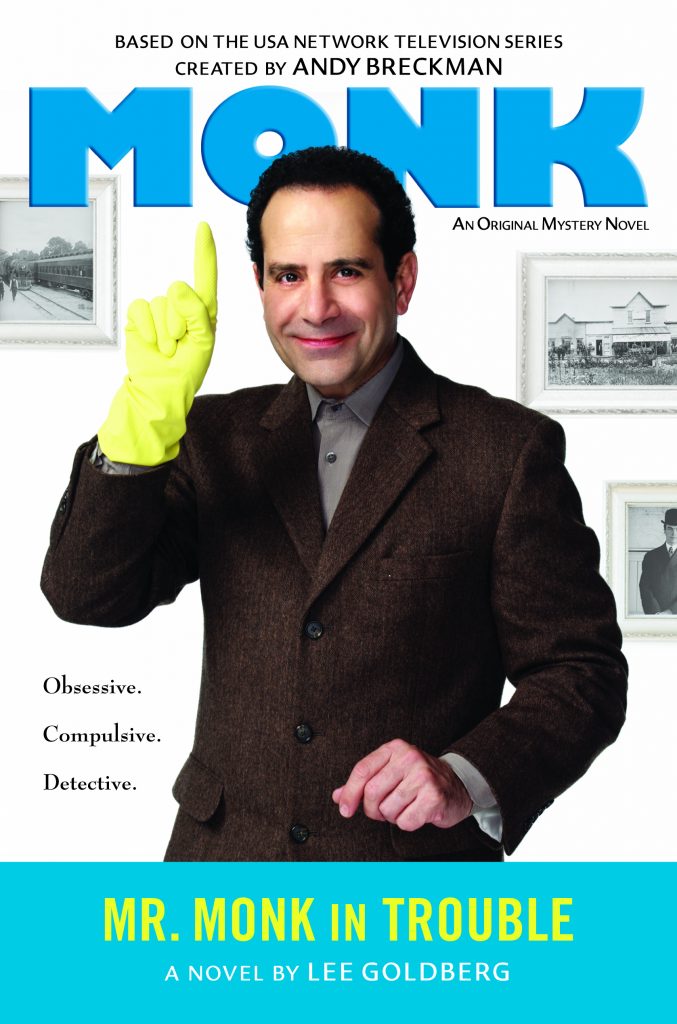 On both DIAGNOSIS MURDER and the MONK books, I explored to a much greater extent the emotional lives of the characters than it was possible to do on TV. In the DM books, I examined aspects of the father/son relationship, particularly as it impacted their professional lives, that actors Dick Van Dyke and Barry Van Dyke would never have been comfortable with on the TV show. I also delved much more deeply into the emotional bond between Monk and Natalie, and Monk and his brother. I had free reign to push the envellope on format, too. For instance, I gave Monk’s brother a girlfriend and even married them off…and, in later books, I had Natalie become a police officer in New Jersey and gave Monk a girlfriend who sells poop-based products.

I’m very proud of the PAST TENSE novel in the DIAGNOSIS MURDER series….it’s probably one of my best books. And, in a similar vein, I really enjoyed writing MR. MONK IN TROUBLE, which is largely set in the 1800s.

At first, the MONK books were…because I wrote them first person from a woman’s POV. That was quite a challenge for me. 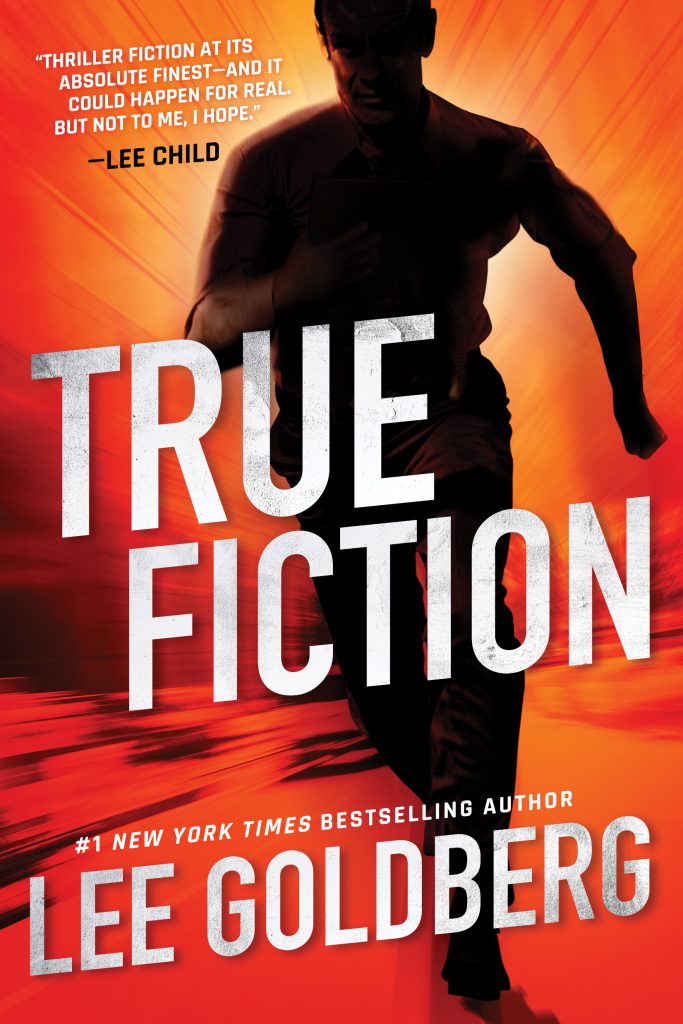 I’m writing the third book in my “Ian Ludlow” series of thrillers… they aren’t tie-ins, but original novels that both celebrate and spoof the action-hero genre.

The first book, TRUE FICTION, was a huge success, spending 14 straight days as the #1 bestselling book on Amazon.

You’re the co-founder of the International Association of Media Tie-in Writers. What inspired you to launch the organization?

Tie-ins were, at the time, among the biggest selling books in the business but were getting zero respect or critical attention. No existing writers organization was willing to acknowledge their existence. I don’t recall exactly how Max and I got together on this…but once we got the idea, things moved fast.

Talk about the Scribe Awards. Why are they important?

They represent the first time tie-in writers were recognized for their achievements in a very difficult field — one that is immensely popular with readers but inexplicably held in disdain by writers and critics. Tie-ins are remarkably difficult to write, so pulling one off that really works as a novel is an amazing feat of literary skill and talent. Acknowledging that kind of achievement was way overdue.

You recently stepped into emeritus status and ushered in a new guard to run the IAMTW. What led you to that decision?

Speaking for myself, I’ve become so busy that I haven’t been able to devote the energy, passion, and time to IAMTW that it needs to move forward, evolve to the changing times, and attract new members. Also I felt the time was right (and perhaps overdue) for a new point of view, someone with a fresh eye and different voice, to bring the kind of change and innovation a successful organization needs. On a personal level, I’m not writing tie-ins any more and have no interest in doing so. I think the leader of our organization should be someone active in the field.

For the most part, fans of DIAGNOSIS MURDER and MONK have been enormously supportive of the books. 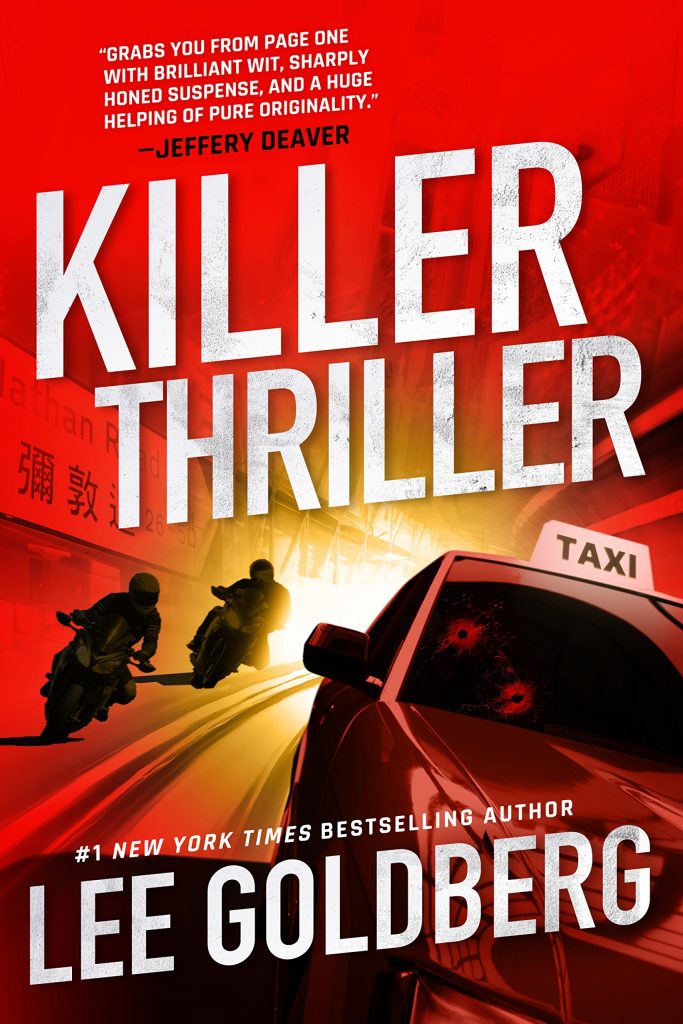 I’ve just finished writing a mystery movie for Hallmark Channel and I have two other films that I wrote that are in active development, both of which have A-list stars attached that I can’t name 🙂  My second “ian Ludlow” novel, KILLER THRILLER, comes out in February 2019 and LOST HILLS, the first book in a new series, comes out in September 2019. I am writing the third “Ian Ludlow” now and then have to jump into the second LOST HILLS. I also run a publishing company, Brash Books, with author Joel Goldman. One of our authors is Max!

For me, it has been telling stories I couldn’t tell on TV. With DIAGNOSIS MURDER, I got to end the book series the way I would have ended the TV series. With MONK, I was able to bring back Sharona years before that became a reality on the show.

There aren’t any. I really don’t have any interest in writing books that I don’t own. Financially and creatively, it just doesn’t make sense for me.

Where to find Lee online: