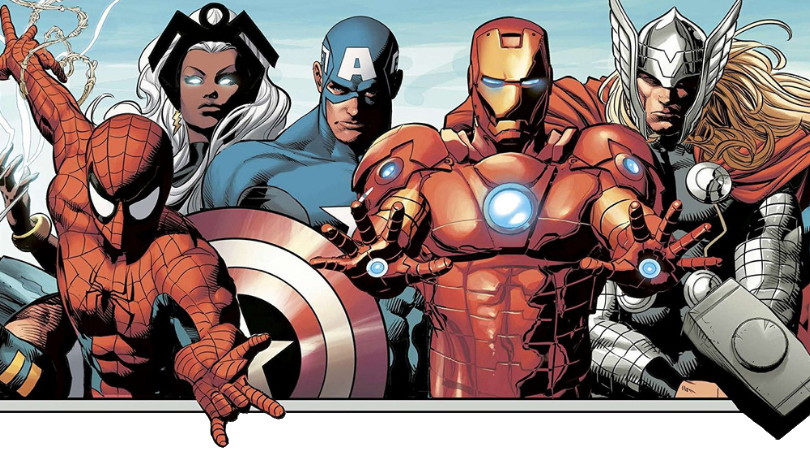 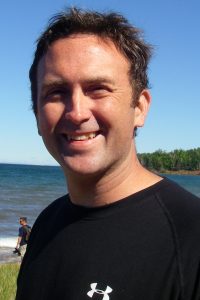 MATT FORBECK: It was Welcome Back, Kotter: The Sweathog Newshawks, by William Johnston, back in 1976. I loved the show, so picking up a book based on it felt natural. The next year, I grabbed Star Wars: From the Adventures of Luke Skywalker, which is how the original Star Wars novelization was titled when it came out. George Lucas is credited on the cover, but Alan Dean Foster actually wrote it.

Did write any fan fiction?

Not really. When I was a kid, I wrote up adventures from my Dungeons & Dragons games, but they were based on my own ideas rather than published stuff. By the time fan fiction really got going, I’d already been published, so I stuck with that instead.

I created lots of licensed games over the years, but the first tie-in novel I wrote was C.A.V.: The Big Dance, based on Reaper Miniatures’ mecha game, Combat Assault Vehicle. At the time, I’d written millions of words for various games, but I couldn’t get any of the gaming companies to hire me on to write a novel. The editors wanted to see that I could finish an actual novel before they would be willing sign me on.

I didn’t have time to write a novel on spec at that point, as I was too busy writing games for a living. Fortunately, Ed Pugh over at Reaper overheard me complaining about this Catch-22, and he said, “Hey, Matt, I’ll hire you to write a novel.” It was only 40,000 words, but Ed published it almost as fast as I could write it.

When I showed that book to the editors at Wizards of the Coast and Games Workshop, they immediately hired me to write novels based on Dungeons & Dragons and Blood Bowl. Since then, I haven’t looked back.

Writing for C.A.V. was easy. Ed sent me a copy of the rules, and I came up with an idea for the story. They’d never published novels before, only games, so he trusted my instincts about the book. He was such a good guy about it that the moment I emailed the manuscript to him, he cut me a check and overnighted it to my house before he’d even read the book.

All sorts. In my first Halo novel, for instance —Bad Blood — I went with a first-person narrative that jumped around in time through a series of nested flashbacks. That was a lot to ask of both 343 Industries (which develops Halo) and of all those Halo readers out there, but they thankfully responded really well to it.

In my novelization of the Mutant Chronicles movie, I got to fill in lots of the gaps that the film didn’t have time to address. Since I’d worked on the roleplaying game on which the film was based in the first place, I was able to knit those two variations on the setting together in some unique and intriguing ways.

What media tie-in work that you’ve done are you most proud of?

That’s a tough question. Although it’s not a novel, my latest edition of The Marvel Encyclopedia was a real blast to work on. I got to read thousands of comic books, and best of all, it’s become this perennial bestseller that winds up under Christmas trees every year. It’s a hefty book, too, weighing well over six pounds, so on an ounce-for-ounce basis, it can beat up any of my other books.

For pure novels, I think I’m happiest with how The Con Job turned out. It’s based on the TV show Leverage, which I just love, and which was co-created by my friend John Rogers. The book’s set at Comic-Con and features a plot in which the heroes—a team of grifters out to do good—help take down a crooked art dealer who’s ripping off elderly comic book artists. Having been going to Comic-Con since the mid-’90s, I loved using the convention as a playground for that kind of tale.

One of the first novels I wrote was The Secret of the Spiritkeeper. It was the first ever Dungeons & Dragons novel for kids, and it launched a whole series of them. I wrote the first book in the series and the last two as well.

I don’t always write for young readers, but when I do, I strive to treat them with as much respect as any adult reader would deserve. I think that shows on the page. I hold back on the cursing, sex, and violence a bit, but I still give them the most thrilling tale I can muster. 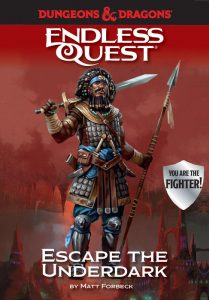 I’m just starting on the second round of a new series of Endless Quest books, which are pick-a-path books for Dungeons & Dragons. They did a whole series of these in the ’80s and ’ 90s, and they just now brought them back again. I wrote four that released in late August.

That came to me because I’d written a book called Dungeonology for the same publisher last years. That was the latest in the best-selling -Ology series of kids books that feature pop-ups and all sorts of pasted in textures, jewels, and so on. The publisher had licensed Dungeons & Dragons for the next book in the series and hired me to write it.

I started out in tabletop games, and I still do a lot of work in that arena. There, the line between fan and pro is so blurry that it almost doesn’t exist. We all start out as fans. It’s just that some of us get to create things too. I love that.

I’ll be at Gamehole Con in Madison, Wisconsin, this November. After that, I’m not planning to be anywhere until Gen Con, which is the biggest tabletop games convention in the world. I might pop up at Comic-Con or some other show, but I generally like to stay close to home unless someone’s hauling me out.

Tell me about the writing you do outside of media tie-in.

I also write original novels, although most of them are currently out of print. I’m working on a new one for Tor right now though, a modern-day thriller with a video game twist.

On top of that, I design games, write comics, and write a lot for video games. Most recently, I was a story doctor for Assassin’s Creed: Origins, and I wrote a good chunk of Ghost Recon: Wildlands. 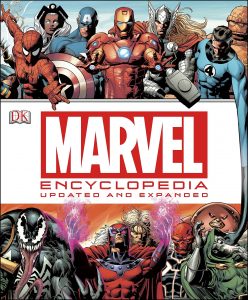 I’ve also written a lot of pop culture reference books, like The Marvel Encyclopedia, The Avengers Encyclopedia, and Captain America: The Ultimate Guide to the First Avenger.

Back in the day, I used to design interfaces for interactive electronic toys too, which involved writing a lot of branching dialog.

I get to play with characters that I love and bring my interpretation of them to my fellow fans.

Beyond that, sign me up for anything that has to do with Indiana Jones. I’m a fool for the man in the hat.

Where to find Matt online: