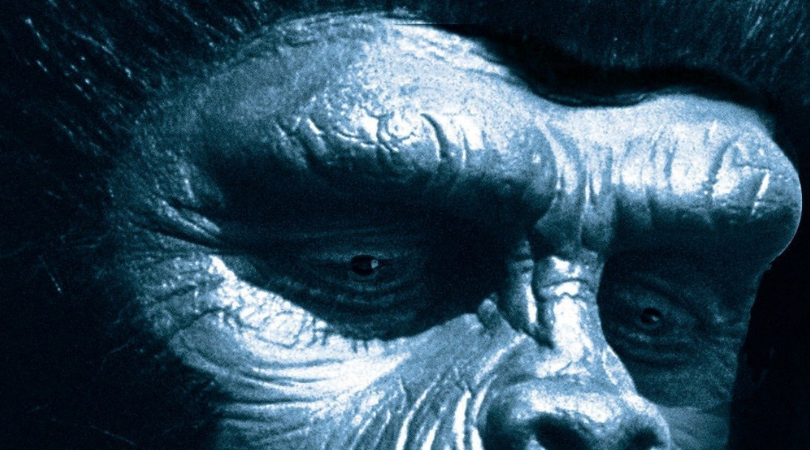 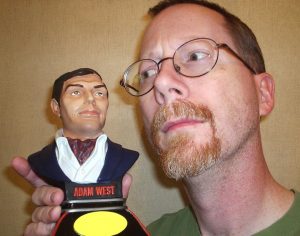 JIM BEARD: Back in grade school, I was addicted to the Scholastic Books catalogs we got every month and would love it when they had anything relating to TV shows or movies. One of my favorites was The Secret of Bigfoot Pass by Mike Jahn, the novelization of the greatest Six Million Dollar Man episode ever. After that, I used to buy every single Alan Dean Foster novelization that came out—even if I never went to the film!

(I suppose if you want to get technical about it, I had several Disney books that related the stories from films, etc. One I remember the most was a big ol’ hardcover of  Song of the South that I loved.)

Did you ever write fan fiction?

Yes, and I’m not ashamed to admit it. It was a four-part Golden Age Red Tornado (Ma Hunkel) story for a Justice Society/DC fan fiction site. It was a dream-come-true. Thought I’d lost it a while back in the mists of years, but a friend rescued it for me using that Way Back Machine thing that somehow finds defunct sites on the ’net. 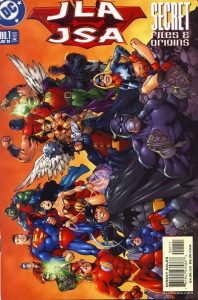 That was my Red Tornado comic story for JLA/JSA Secret Files #1 in 2002. I knew the JSA writer and editor well by then, and they allowed me to pitch a story. I got the call that it’d been accepted on my birthday—with the news that they were giving me an extra page! I also wrote all the text pieces in Hawkman Secret Files #1 that same year. Then, the portcullis on Fortress DC slammed down in my face and I’ve never been back. It was fun while it was happening.

It was a solid experience, no muss, no fuss. No changes that I remember, and they got me a good artist, Clément Sauvé, who passed away in 2011. I have no complaints, and it’s a DC credit, which to a lifelong DC fan like me is gold. I also got to put official words in both Superman’s and Jay Garrick’s mouths. That’s gold, too.

I wish I could say I have, but I think at the level I’m at right now I’ve been more concerned with getting the “voices” right and pleasing the licensors. Which aren’t bad things, of course, if you want to keep getting tie-in work. If I really had to relate a risk I took, it would probably be in my upcoming Kolchak novella. Can’t say what the risk was, because spoilers. 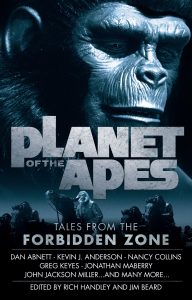 All of it, seriously, but if my arm’s being broken, it’s got to be the Planet of the Apes anthology I co-edited with Rich Handley and contributed a story to. That the book exists and I can find it on the shelves at B&N is still fresh and amazing to me. So proud of the author line-up we wrangled and the incredible reviews we’ve received. Rich and I can’t imagine that book coming together any better and more beautifully than it did. We went ape on it and never slipped on a banana peel once.

My Planet of the Apes story “Silenced” is a series of connected vignettes that stretch over a few thousand years. That was a departure for me in terms of how I’d normally outline a story. I’m a pulp writer; we don’t usually have a thousand years to tell a tale!

No tie-in fiction projects at the moment, sadly. That stuff ain’t easy to get, yo.

Gratifying and satisfying. It makes me feel like I did right. Makes me feel like me paying attention to details and hearing “voices” was all worth it. We all as tie-in writers owe it to the fans of the properties to get it right.

I’ll be returning to Akron Comicon in November, one of my special home-away-from-homes, and then most likely Fantasticon Toledo in March of 2019. 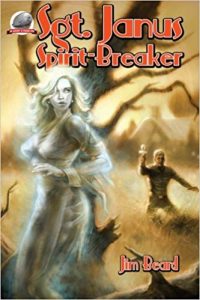 I adapt the classic pulp style of writing to different and varied projects, things that maybe never occurred to pulp publishers back in the day. I have original works of ghost hunters, 60s pop bands, giant monsters, and public domain pulp characters, as well as starting my own small-press house called Flinch Books with fellow writer John Bruening. We’ve put out five books so far and we’re having a blast.

Hands-down it’s the chance to work with characters I’ve loved for years and properties I’ve dreamed about playing in. I’ve said it before, but getting them right is not only a challenge, but also a pleasure.

Too many, but first and foremost is a prose novel based on the Batman’66 TV series. After that, the close second is the Universal Monsters. Everything after those two would be simply frosting on my cake…although, strangely enough, I’m not a big Dr. Who fan, but I have one helluva cool Who novel idea.

Where to find Jim online: 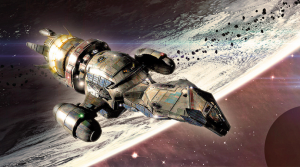